That fish in “Toy Boat” from 1994 (the first post in this series) also took me into another area of exploration of and challenge in figuration. I began making animal shapes, sometimes part animal, part human, or in conjunction with human forms to create little vignettes with a bit of a mythic feel. It may have been because of the interactions between the clay figures that I did not feel a need to add found objects.
I have been asked to go into more depth regarding my process. Fifteen years ago is a long time. On the other hand, even though exact motivations may escape me, as I get older I realize that very little changes in my work methods. I worked fast back then, making a piece within a matter of a couple hours, then moving onto another while the clay of the other dried. Initially, I wasn’t too interested in detail, but that changed over the course of time, eventually becoming comparatively persnickety. Excited by potential, I push, which eventually can be exhausting, yet when I finally pause long enough to see where I’ve been, I catch my breath and move on at a slow, more deliberate pace.
Archiving has necessarily brought back memories, and just as when I read poems I wrote in the 1980s and wonder how the hell many of them came into my possession, recovering the moment of the below creative acts has lost its immediacy, Perhaps, when I am done with this archiving I will have spent enough time with the work to relate cogent autobiographical details that will shed light on the work. 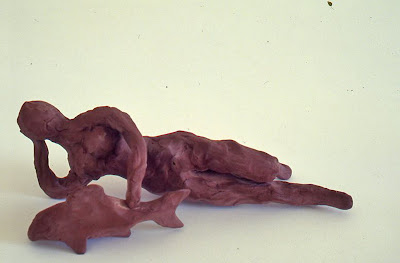 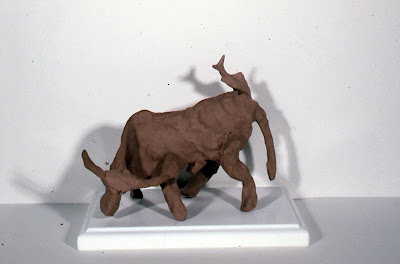 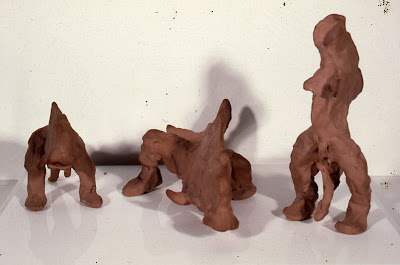 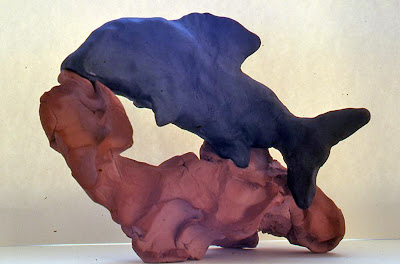 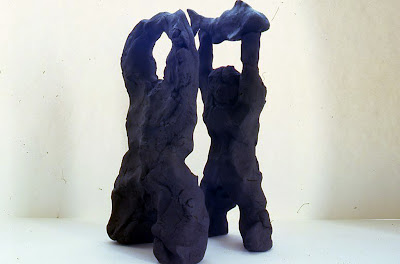 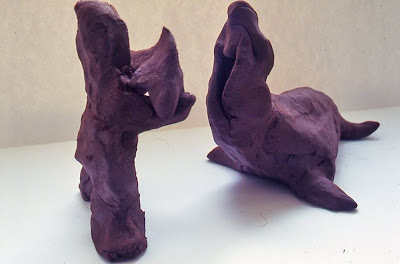 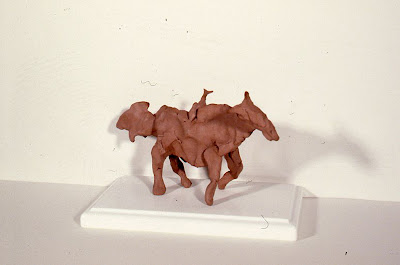 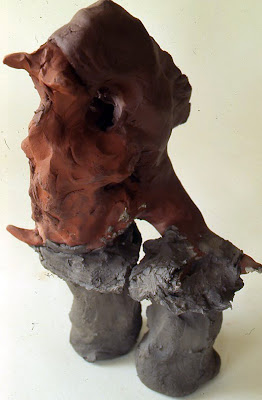 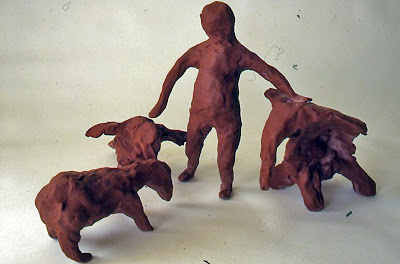 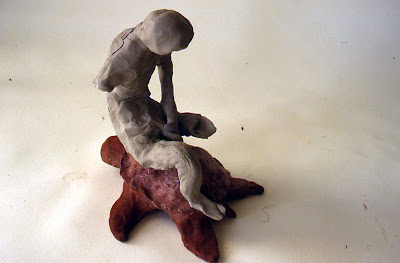 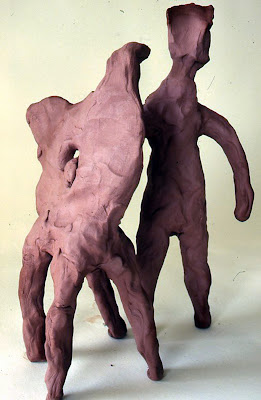 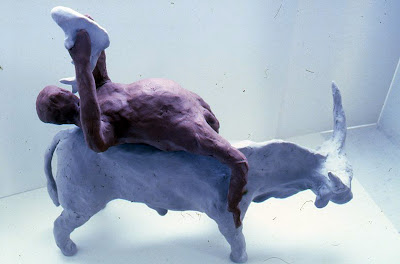 Wisdom
(It was also during this period that I returned to drawing and painting. If I could sculpt a human, fish of a pig, then I could certainly at least draw a semblance of them. These drawings/paintings would eventually find their way into a later installation work, “Speaking of the Dead.”)
Posted by bastinptc at 1:07 AM

Well, if your preferred method was "get 'er done" and on to the next, then you must be near dying getting this series together.

Just thought I'd throw that in as encouragement, you understand.

By the way, the more you write on this the more relaxed and less (I can not settle on "less pretentious" or "less scholarly double talk"). None the less, change it is and more interesting to read.

Facing myself with the same task some years ago for my drawings, I threw most of the paper away. Still, I have enough filed away in portfolios that can be readily boxed up, so not as pressing of an issue. And come to mention it... nah, I'll leave that for the wrap-up.

As for the writing, yeah, well, it takes a similar course as the clay. I'm figuring it out as I go along, and as I find most language contains a dual nature (at least — more like a constellation of meanings), and a lack of close-reading and editing for the blogosphere (as opposed to posterity), I'm bound to get it right 33% of the time. Seriously.