The Clerk and the Postmaster

I don’t suppose it matters much to him, the job-provided wardrobe. It takes the pressure off. I should ask.
And while I’m at it, I should pose the question to her from a slightly different angle: did you think of today’s photographs as you dressed this morning?
He did not smile for the first five years. Lord knows I smiled. Then I tried sarcasm.
She, her first day.
He saw me in my suit one day last year. She did not. They talked about it for days.
Both are good people.

I go to the Post Office every day of the week except Sundays. Neither of them work on Saturdays. 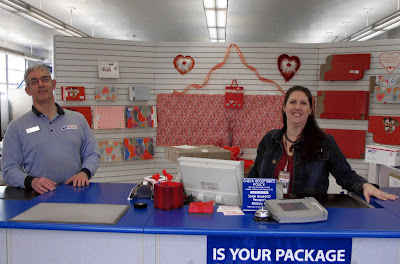 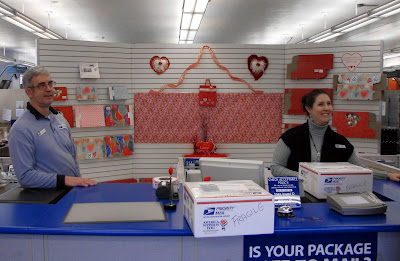 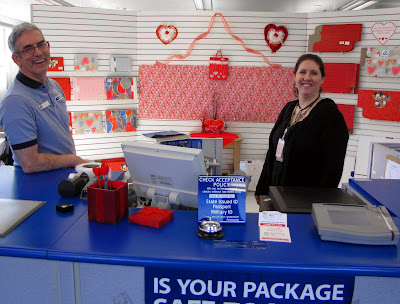 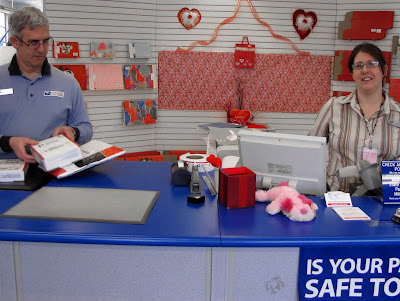 I got a bit fancy with these shots, removing all but the blue and red from the images, and bumping those two colors up anywhere from 10% to 20%.

I started photographing the pair last Tuesday. I planned on taking the last of a series today. And I had another question for her: Why no uniform? 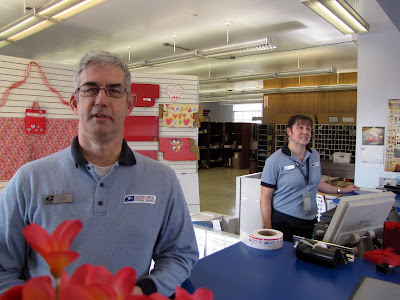 He said she was in meetings all day in Portland. He also remarked about my attempt to get candid shots.

I had given some thought to the other clerk, equally pleasant. 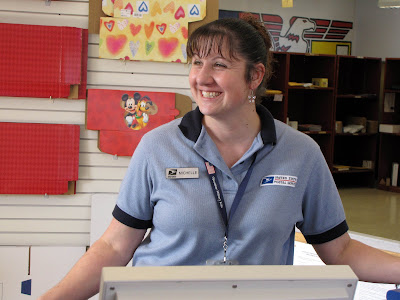 With a genuine smile. But uniformed.


******
I had two, maybe three problems with this series. The light from outside and the overheads were problematic. The room is shallow, which made it difficult to step back far enough for wider shots. The last photo of two people is an attempt to remedy both of these issues. It also adds some much-needed variety. The third problem is one that continues to haunt me: taking my time to get the shots right. In this instance, however, I cannot be too harshly criticized. These people are working, and I did not want to interfere with that. I worked around and between customers, and thought it best to get in and out as quickly as possible. Neither rain, nor sleet, nor gloom of night stays these couriers from the swift completion of their appointed rounds. Nor some kook dogging them with a camera.

I don't have the technical
background but these photos are meh

Here is a haiku

the line in the water
did not tug at my hand
and the sun set in the west.

This from the professor:
"Emphasis was on opening up our working practices, including specifically the frames between 'greatest hits' (which seem to be the only ones surfacing on blogs.... yes that means you).

When we see the full story of the shoot we can begin to better understand how the images and relationships have developed. Better still we can start to put images together into sequences to work out how narratives might develop and possible new directions.

Yes, sometimes the fish is out of the water with the hope to evolve.

The last two images are a bit static, but they work ok as portraits.

The series of four have too much going on, and the subjects are too far apart, like they are trying to avoid each other.

She had a large nose. I'd of photoshopped that thing down.