Cathy and Becky were sniping at each other at last night’s pub freeroll. Cathy, trying to get a clue, and Becky wholly lost were it not for a certain unreflective bravura. Exercise in contrast, when I think about it more, their men perfect matches and with parallel (de)merits. Couldn’t tell you their names because I don’t pay that much attention with all of the noise. It’s all I can do to push with the Aces and get two-outed.
Cathy asks, “Aren’t you going to rebuy?” And when my response is in the negative, “I can’t blame you.” It may have been imprudent to earlier acknowledge an allegiance, and may necessitate another prolonged absence, for a cycle known as a willing ear could get nasty. Own counsel and such, I’m sure you understand.
But it’s a small town, and a neighborliness sometimes forced, like giving the lady-tweaker $2 even though you don’t believe for one minute that her cat is without food or litter. What cat? Or calling the mayor about the paraphernalia still being sold at a local convenience store. It evens out, kinda. You do what you can.
So, when Cathy tells me her daughter is interested in going to an art college for photography, and she happens to be at the game, I offer insight, referrals and, apparently not knowing when to leave well enough alone, advice.  Privy, Becky pulls out her point-and-shoot to find something we just won’t believe, but loses it in her tall rum and Coke and discussion of another player’s lineage.
A couple things running through my mind this morning. A bit reflective, a tad anticipatory, as this here is post number 999. I’ve done the math. July 18, 2008. And I know I’ve taken a couple week-long breaks in there, which, of course, brings into question quality. Not that I’m fishing, mind you. We’ve known each other too  long. Nor doesit bother me too much that we might — just might — be able to muster a couple tables for a sit ‘n’ go.  And the best thing I can think of at the moment is what a game that would be!
But that’s only one of the ruminations. In fact, I have to recant “a couple,” for that’s simply not the way I spin, but I’ll try to keep as on-subject as I can.
I have given some thought (and is, in one aspect, where poker is similar to posting here) to shelving this project, try new approaches, breech my butt, so to speak and illustrate, into something purely autonomous. But I know me too well, raised properly appreciative and alienated, and now with a taste for it. Way back when there was a subtitle to this thing, I will confess that only poker held out its hand to me. I could leave it at that and not mention that working the soil — but not love of the land — had already lost its allure. Or that in the transition and preoccupation, an enthusiasm was lost; yet hope remained for a better time to find it again. What this blog has since become.
Now that I’ve found it, if infinitively so, at the same time I am aware that I run some short-handed danger, I beg not celebration but endurance, for it does matter alone that I sat down to write, but along the way came a little community.
Now who’s intrepid? 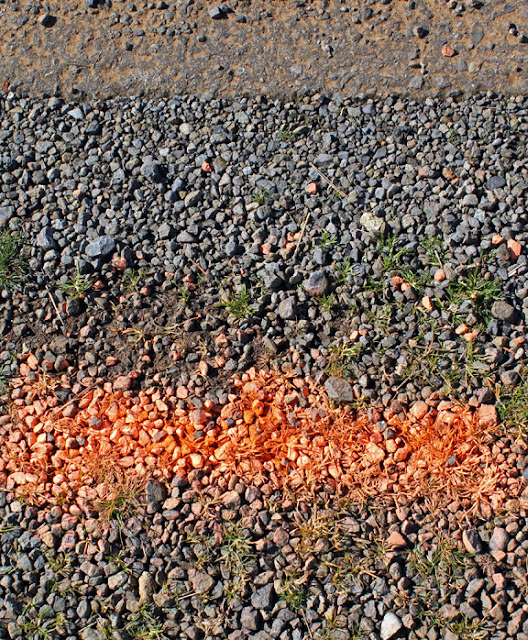 I believe I still have read every word in the blog, so I must be intrepid, even though I didn't understand every word.

So what angle are you bouncing at that you're wondering if any poker saps would follow along and lend support?

Not ART (as in paintings by you, or sculpture by you).

But as old and decrepid as thee, not popparazi photography. Perhaps music (but not concerts over a two hundred mile radii. Or maybe video.

Demonstrate through sign language and example - but begin with conviction and continue with determination.

And less consideration to readership numbers on the stat meter.

@Crash - Yes, you have read every word, and as my typos evidence, I may only claim to have written most of them. Thanks for tagging along.

@TM - It will pass. Probably just an errant gallstone.

@Mojo - Sir, I anticipate your output upon retirement.