Well, I ain't the only paranoid one out here. Of course, my machinations are less founded than some.

I received a phone call this morning just as the sun was cresting. Didn't get the callers name right but knew who it was. I had left a note.

My head —not my voice — cleared in time to find a pen and paper to take down the needed specifics, and then waited for a more a respectable hour. 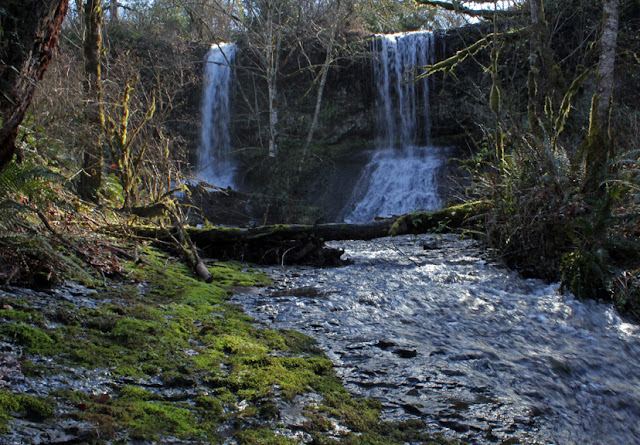 And this is what all the fuss was about. Just another waterfall. Or rather, just another picture of a waterfall.

I had problems: Suspicion at the gate, but soon cleared with assurances of limited publication of the site and not of the location. And I am certain a recognizable drawl in discussions of specific crops and their dwindling markets helped. The climb down was steep through blackberries, but manageable at a fifteen minutes per fifteen feet clip. The spray, for there was quite a bit, messed with the light and my lens, and the sun was all wrong. Intrepid, I am, yet forty photos or so, for the most part panned out poorly.

I now regret assurances that I would not be a bother in the future.

Still, sow's ear and such, there is always Photoshop. You see, as with most photography of this ilk, the place where one seeks a firm footing offers much more inspiration than the disembodied product. Yes, a more proficient photographer might have stopped up or down, and someone more adventurous may have disregarded a soaking for a better vantage. So much of life is spent in the better light of after-the-fact, in a fantasy world of sorts, which, sometimes, is not all that bad. 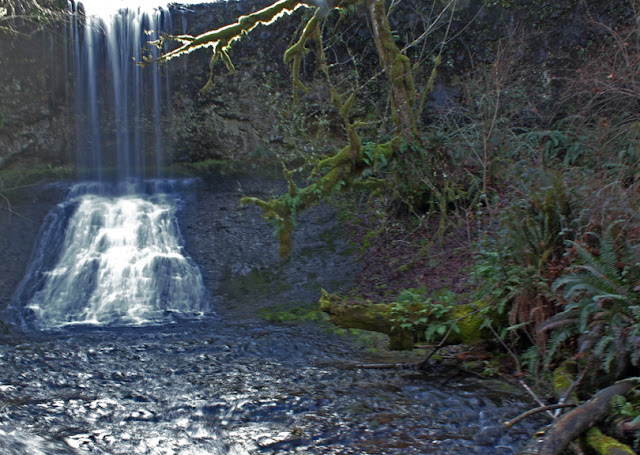 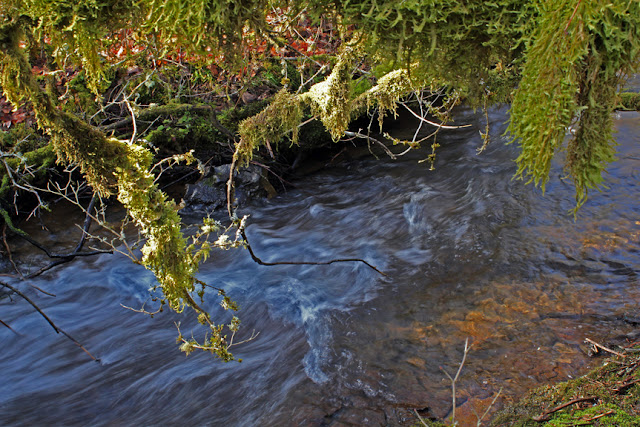 Posted by bastinptc at 2:41 PM

Those look great. I don't see any problem with using computer software. The camera adjustments are also electronic. Far beyond the old match-needle metering.

Just a thought - perhaps it will lead somewhere:

Either way, i hope the blackberries were ripe and tasty.

The last photo here is now my desktop background. So breathtaking, it almost looks like a Van Gough painting.

Finding your blog is like finding a chest full of treasure.