We had six more inches of snow last night. I had already told DW that the ready access to the waterfall I visited yesterday would merit multiple trips throughout the year as the water level drops and increases, and the foliage changes. So, the snow gave me a reason to head over again. I wasn't the first person to visit it today.

No real mystery here, though. I had submitted last week's waterfall to the local photo blog, and being locally situated, the site at which I took the photos was known to a guy who lived up the road and commented as much. He contacted the photo blogger, who in turn contacted me with his contact information, and we have since corresponded, he with his own point-and-shoot of yesterday's falls. The very same falls for today. A man's and a woman's footprints showed in and out from the falls. No tire tracks.

Yesterday's falls made it to the same photo blog, which I imagine inspired their visit. Yet, I suppose if I lived as close, I would visit often, and indeed the gentleman corresponded that he took frequent walks through the woods along that creek, so the desire may have instead been nothing more than habit.

Speaking of close reminds me of detail, part of yesterday's comment section after mentioning it at the end of the posted photo series. How to give some idea of the clarity of a 48" x 72" format I now have available? I hope this works. 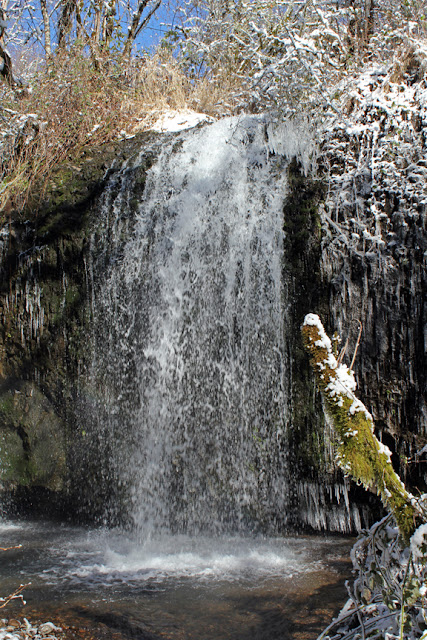 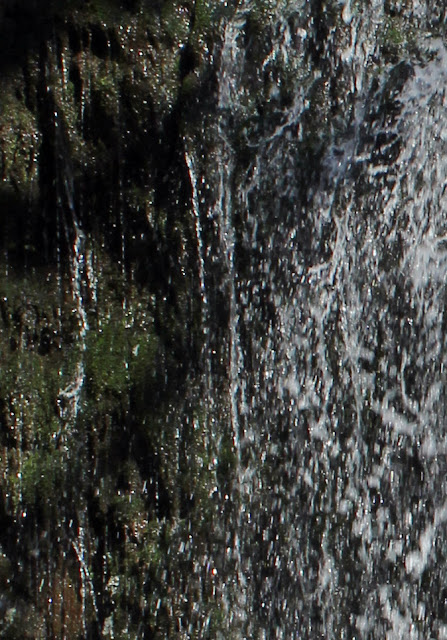 Posted by bastinptc at 4:47 PM

Off topic as normal with me: