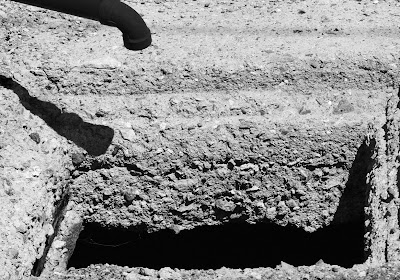 Rhyolite is a ghost town and a BLM park. There were several rundown and demolished buildings left from some time in the past when there were mines in the area. Even a casino. I took a lot more pictures, including the ones I posted a couple days ago. I don't know why the ruins didn't have more appeal than they did, but looking over the photos, rundown buildings, trucks and such just don't cut it for me. Maybe because they seem to be there only so photographs can be taken. 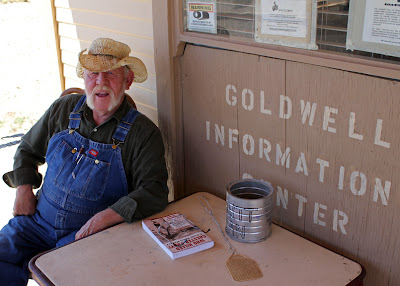 Nice enough fellow, this volunteer at Goldwell, who was well aware of he fact that he looked like he was straight out of central casting. Pointing to his hat, he said, "I must get my photo taken 200 times a day." 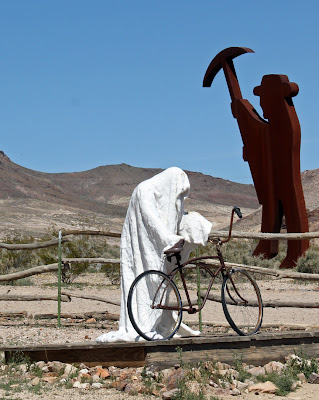 The only halfway decent art at Goldwell was the ghosts (by A. Szukalski).
And the other sculptures knew it. 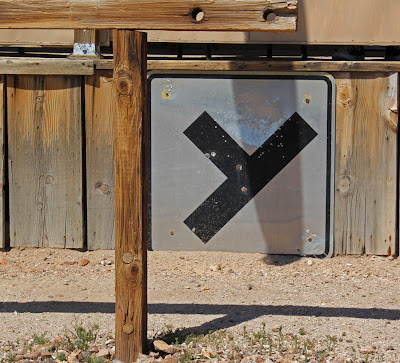 For TM, because I do like me some diagonals. 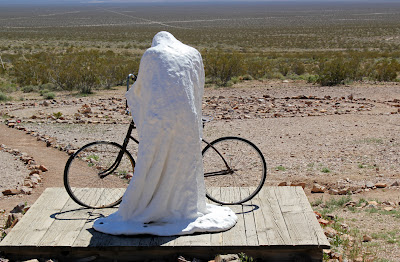 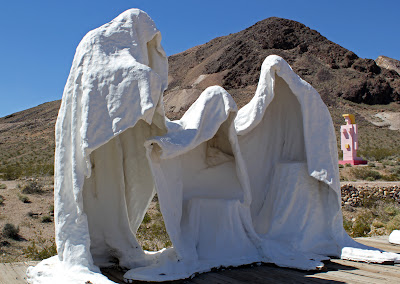 Trio from "The Last Supper." 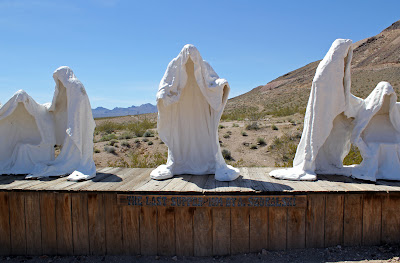 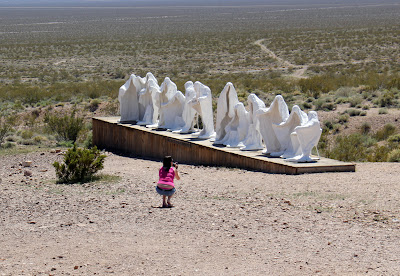 For I have sinned. 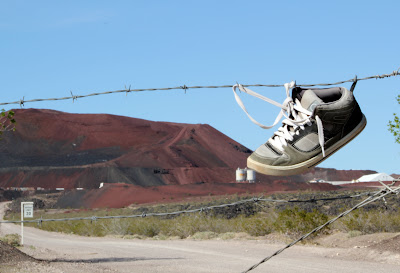 On the way back to Vegas, another type of ruins.
Posted by bastinptc at 11:05 PM

The old man's a classic, isn't he?

Thanks for sharing the photos - I particularly like the second one.