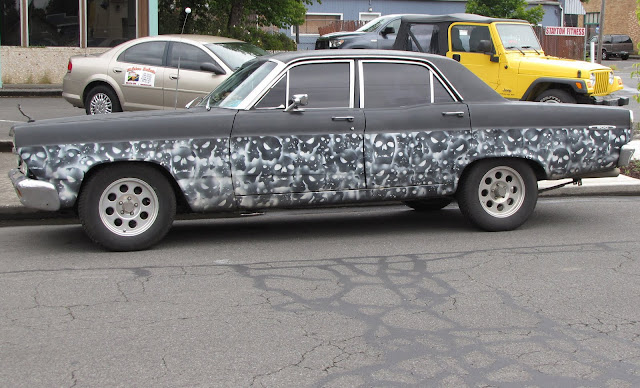 I realized I was getting old when I could recognize something vintage and didn't recognize make or model for the current stuff.

Every fall was a joy as the new models appeared to fanfare. I can still picture the first Crown Vic I saw in the show room. Instead my dad bought a Plymouth Cranbrook station wagon.

I quit identifying the years, makes and models by sight after '72 or so, about the same time I graduated high school, and even there, I didn't bother with too much before 1950. Just something I did, just as many of the other kids I hung with in our podunk. I could identify any friend's headlight array from a quarter mile in the dark.

With five kids, we also went with station wagons.

One other thing: a little piece of me died when bumpers became generic.

Reminds me a little of the car in Animal House.

If memory serves, that was an early 60s Lincoln with suicide doors, no?