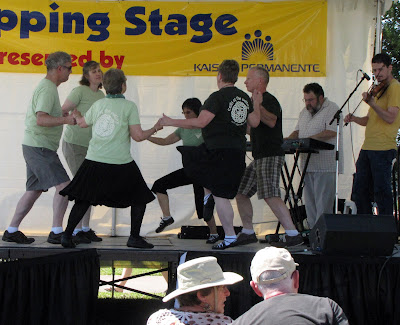 Gary (left) gets top billing because he invited DW and I to come watch his troupe of Irish dancers perform. DW couldn't make it. The short, dark-haired woman in back is Asian, and was one of the more enthusiastic, if not better dancers. 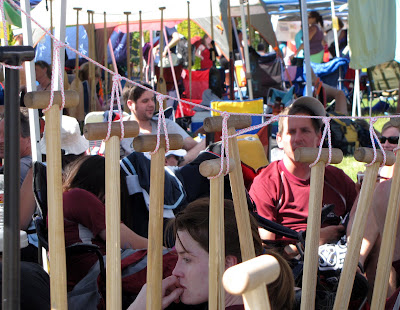 A big draw for what is, I suppose, first and foremost a music and culture festival, is the dragon boat races. Team from all over the state assemble annually for this competition. And from what I gathered from some overheard conversation, some participants spy on the other teams' practice sessions. 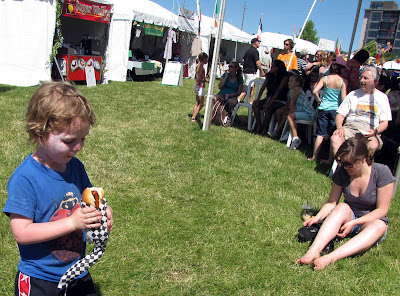 Another big attraction is the food. As one might imagine, a large number of cuisines were represented. 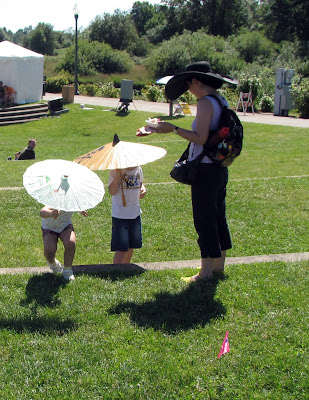 How could I not take this photo? 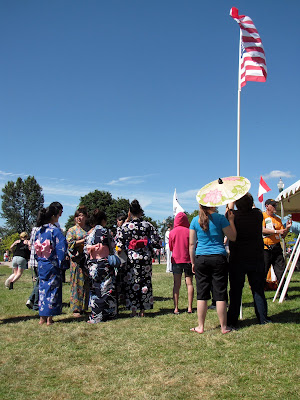 Volunteers at the festival walked around with the flags of the countries represented at the festival, eventually gathering for the Parade of Nations. People dressed in clothing representative of their country of origin or ancestry for the parade. The elderly watched from shaded areas, one which you can see a corner of on the right. Remembering how certain elders in my extended family feel, here's the story I made up for myself before I took the shot: Uncle Ray calls the bearer of the US flag over and gives the kid $5 to go stand over by the Japanese contingent and follow them for the next fifteen minutes. 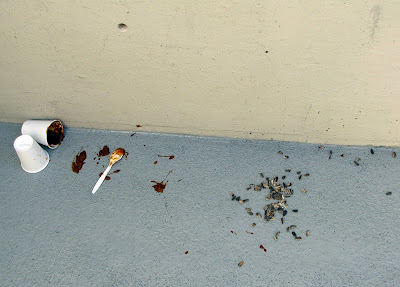 Again, how could I not take this picture? Yet, this was not at the festival, but in the stairwell of a parking garage downtown. When I first came down these stairs after parking, only the sunflower seeds were there. I thought about taking a picture then, except it lacked a certain je ne c'est pas. Same goes for what was in the cup.
Posted by bastinptc at 10:54 PM

How could I not take this photo?

TM - Got there too late.