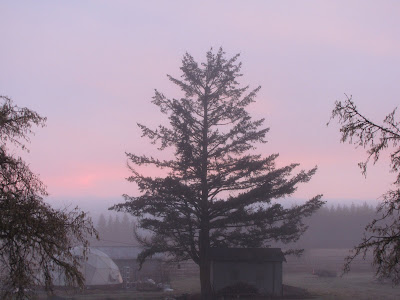 When the Dear Wife and I moved to the Great Northwest from Gritty Chicago, one of the first things we noticed was the dialect, particularly with men. There was a noticeably gentler tenor to the voice, even a slight lisp, which made us wonder if even men with children, men who hunted elk, who worked on our cars, great numbers of men, were in fact gay. That was the first week. After that, we got used to the speech patterns. Still, if any of these men went to Chicago and spoke in the manner they do, everyone, gay and straight alike, would assume them to be gay. I can hear the stereotypically Bears fan now: “Yeah, Brokeback Mountain!” Like they ever saw the film…

We made the adjustment from Chicago to Podunk with minimal effort, perhaps because DW and I have a gentler, more laid back side to us. And even though both of us had lived in the city for upwards of twenty years, we had spent a great deal of our youths in the country, so in a way, it was like moving back home. I’m putting a positive spin on it.

In fact, much of the city stuck with us. DW knows how to give melting attitude to someone’s unwarranted rudeness. I’m considerably quieter in my disdain, more erudite in my critical analysis, more alien in my evaluations, and therefore more circumspect as to what I divulge. To mask my own particular aesthete effete, I use words like “shit” and “fuck” to level criticisms while effectively and purposefully avoiding cogent content for my rationale. In other words, I try to fit in.

See? I still have a sense of humor about it all. Too droll? Tough shit.

Come to think of it, I did the same when we lived in Chicago, or at least of version of the dumbing down, even in arenas such as the art world where such affects weren’t needed. Of course, so many others in the art community were affected, that I liked to antagonize with a protracted coarseness, which did nothing for my popularity in those circles. I wasn’t an asshole about it; I just resisted the pretense.

My art from this period reflects that perspective. While others were trying to cram Derrida and Foucault into art models (critical thought can be influential but is better served analyzing sources of inspiration than being the locus of inspiration), I was exploring craft, nature and family influences in fine art making. Perhaps my inspiration was reactionary, yet at least it had a soul.

Nevertheless, steeped as I was in the dialogue, and although critical of over-intellectualization, a move to an area where figurative, landscape and pure abstract painting reigned supreme, rubbed me the wrong way. No grit. These people painted because they loved to paint and loved their subject matter, whether it be friends, mountains, flowers or just light and paint. As the years have passed, I have found that there are some art students in Portland experimenting with what might be considered neo-conceptual ideas (quickly going out of fashion elsewhere), and a few other more established artists doing some interesting work with narratives, but they aren’t part of the local art market. These latter artists seemed to look to Seattle, Chicago, LA or NY for an audience.

When we moved to this area, out in the country to farm, an hour and a half to the nearest sizable cultural center, I knew that I was consciously eschewing any notion of an audience. In fact, I wanted to make art in isolation, without the benefit of peers. The dialogue would be with the voices in my head. Any “networking” would be with my subject matter. Well, guess what; I’m doing landscapes.

The change didn’t happen overnight. In fact, I would say that a fair amount of my work to-date has been about the stressful relationship I have with the Nature that surrounds me, especially in my video work (pieces too long to put up with other work I have on YouTube). It might also be argued that the photos I am taking of country scenery are not fine art at all. In fact, I would be one of those people who would argue that point. Pretty pictures may be no more than a talent for recognizing and capturing — replicating — the actuality that precedes one’s gaze and technical skill. Still, I am moved to take the photo.

Why am I reluctant to call these images art? Because if I cannot infuse them with any more meaning than to express awe, if the narrative is wholly internal, more like a prayer than a manifesto, then they are at best inspired icons. Perhaps it’s just a personal preference, an apologia for particular subjective criteria. Yet, this does not mean that the photos cannot be shared and enjoyed. I am surrounded by Nature’s beauty, and that is the sole point of many of these photos.
Posted by bastinptc at 3:38 PM