Saturday nights on Stars should be easy, right? Drunk Yanks and newbie Euros looking to wile away portions of their unemployment checks. Just sit back and wait for the right moment and then get it in good, like the pocket Aces I raised up to 13 X BB after 2 limpers. Both called and then folded on the flop. Like the KK in early position, putting the BB all-in with Q3h, only to double him up when the Kh came on the river. Like the 99 in the cut-off, raised up 5 x BB, just enough for the BB to call with J7s and hit two pair on the flop.

I should be happy for such play, correct? I made notes and waited for a good opportunity to strike, for that money could eventually come back to me with interest. Mr, J7s limps UTG, UTG +1 raises it up to 4 X BB, and I call from the button with 77. UTG calls. The flop comes a blank, Q 6 10. UTG checks, UTG +1 bets big and I fold. UTG calls. UTG bets the turn and UTG +1 puts UTG all-in, to which he obliges. Another 6 on the river and UTG has 6s over Qs with Q6h in the hole. A little bit later he again limps UTG and I stay with him to the river on a small pot with 66. He flips over KK. I decide to call it an early night.

Except it’s not so early. It’s two in the morning. I’ve played 150 hands on Stars and a few on Poker Academy (dropping in to say hello and hit quad Aces), and I had resolved to do some work around the farm today.

Except it’s raining. The plan was to dig up Jerusalem Artichokes for delivery tomorrow to a grocer client of ours. I hate working in the mud because as much dirt as product goes into the bushel basket, which makes for a tedious vegetable cleaning process. After I am done writing, I will go out to assess the situation, but I may end up waiting until tomorrow to collect the produce and deliver them on Tuesday instead. Besides, the produce manager won’t be in on Monday, and we have to talk.

I usually check in at the store on Thursdays when I am in Salem, and when I saw him this week I asked if he wanted the ‘chokes. Yes, ten pounds. The week before we were talking about the upcoming growing season and he mentioned that if we were to grow plant starts this year, he would buy them from us. As intriguing as the offer is, we’ll need to coordinate just how to go about this. It could be very profitable for us, without the usual labor-intensive weariness we have experienced with picking and delivering the end-products of the starts we have grown in the past. No weeding, no hauling 50# bushels to the cleaning and sorting tables, no packing, no repeating two or three times a week for four months. Just fill the greenhouse with seed trays, water daily, load up the vehicles, drop off the starts, counsel the buyers with a little plant care talk, and collect a healthy ROI. We’d be done by June, just in time to plant our own plot for our friends and us.

And it will get me out of the basement, into the fresh air, and get this body moving a bit more. The winters can be drawn-out, dreary affairs here in the Great Northwest. The cold is a wet one, and gets into the bones, which makes it easy to choose to stay indoors, next to a heat source, and in my case, doing a lot more P and A, and a lot less F. The old brain stays active while the body languishes. Even though I have initiated a mild exercise regimen, it pales in comparison to the workout I would achieve were I to address all that needs to be done outside.

Oh, I manage to go outdoors at least once a day. After all, the ducks need to be cared for and the firewood has to be replenished. Plus, I have been walking around the property with my camera. I am experimenting with macro shots of moss, lichen and fungi, so far with marginal results, as I try to figure out how to change the aperture and speed settings on the new digital. It is proving a bit difficult for this luddite, and I am tempted to return to the comfort of my old Canon A-1 and tripods. And, although I have nothing spectacular to share, I nevertheless cannot resist sharing the potential of the imperfections, so I leave you with these: 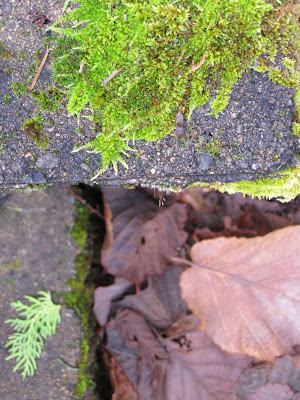 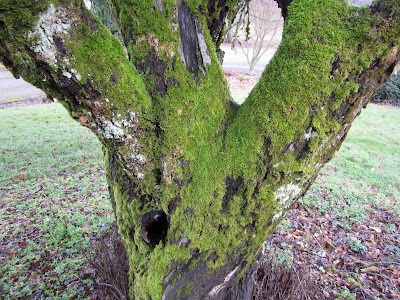 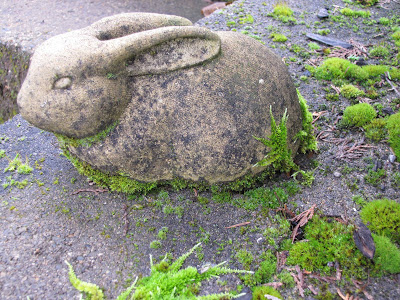 You said it is raining, but the lichens don't have that vivid color and contrast mine get after a rain. Maybe spray water on them and try some pics on both sunny and cloudy days. When wet, my lichens look phosphorescent.
Crash

I took these photos yesterday when it was cloudy but not raining. I took some more today after it stopped raining and the sun broke through for a couple minutes.

I know what you mean by phosphorescent. I'm a bit disappointed by the color that I get with this new digital camera. I must have been spoiled by the Fuji Slide film that I use. (See the outdoor shots on my website.) Perhaps I can tweak a bit in Photoshop and get a more satisfactory outcome.

Against the type to call 5BB out of position with J7s, I'd almost always limp or on rare occasions raise just 3BB to isolate them.

There should be color saturation, contrast settings, warmth, etc in your camera. Or maybe even some preprogrammed scene modes. Yes, I know, Ludditis!
Crash

Fuji film is hard to beat. It has a fourth layer of emulsion that is unmatched for richness. The digital should still give rich color. Can you attach a polarizing filter?

You know James, a polarizing filter is precisely what I need. I'm going to go to the Canon website right now. Thanks.