For some reason I am turned around. I know the sun sets in the west, and I know that we headed south today. Yet for some reason I think I am on the east side of the island, and to make matters worse, I just now had to call up a map to finally figure out not only where I where I had gone wrong, but also where we went today. It's a little embarrassing, and a bit more difficult to explain how exactly I envisioned my current location before arrival or how I remained oblivious as to the name our final destination, so in the end, I must apologize to the entire Pacific Rim. I just have to.

The Ring of Fire, right? Well, I might not have known I was smack dab in the middle of it aside from the type of rock everywhere unless I saw for myself some activity. OK, I'm overstating, to what end I haven't a clue. Comedic effect, maybe. I really just want to show you some pictures. But first, I have to find a map. 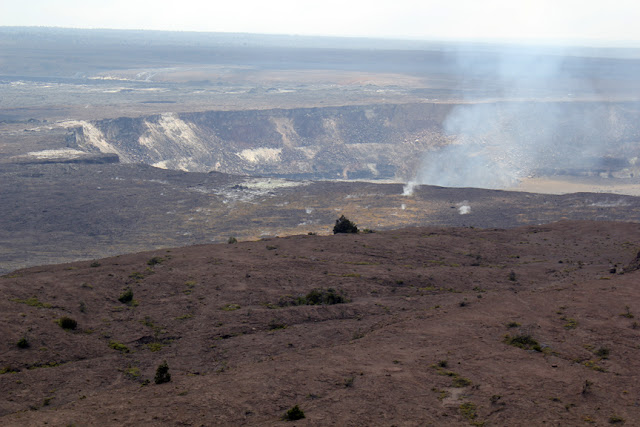 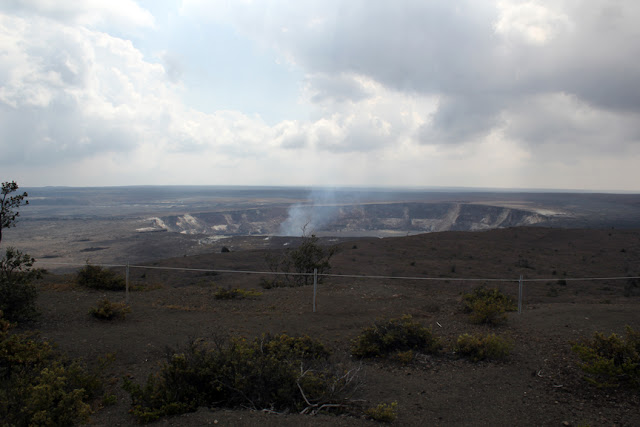 The two pictures above are of the Kilauea caldera.
The below building met its demise at the hand of Mauna Loa. Had the particular flow been 100 feet further to its north, it might be more than a photo op. (We weren't the only ones to stop.) 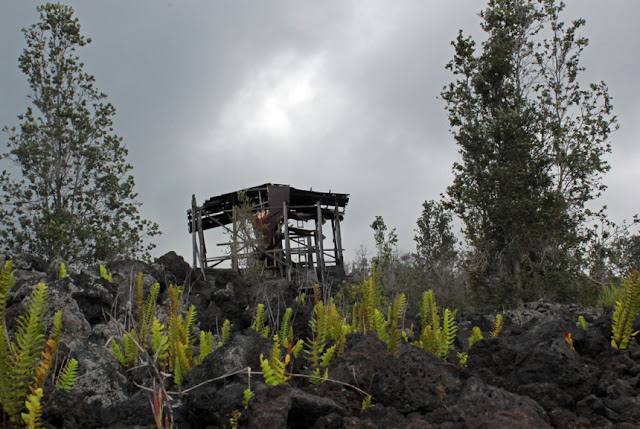 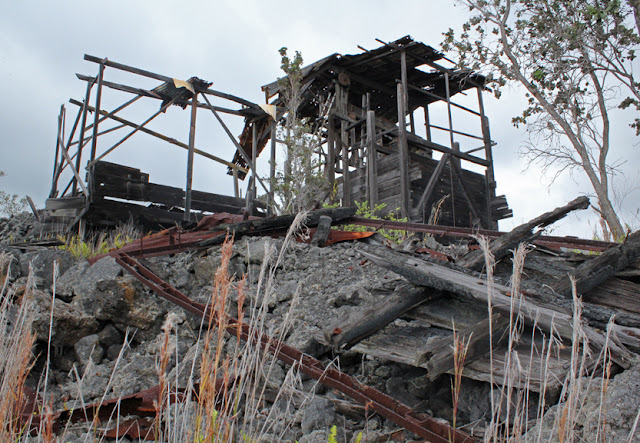 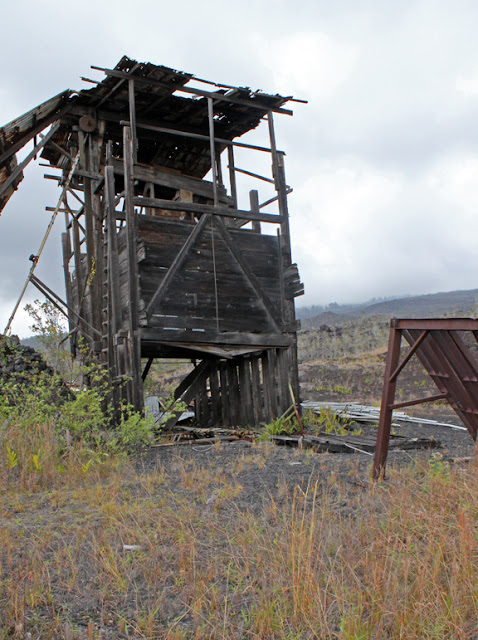 Today I learned that the below flower is found on the `ohi`a lehua (Metrosideros polymorpha), what is referred to as a pioneer plant, as it id one of the first plants to establish itself in an area of recent volcanic activity. It matures into a sizable tree that is also found within the islands jungles. 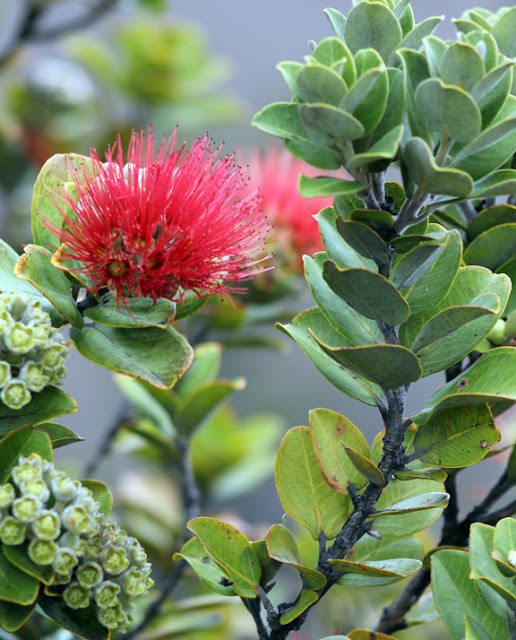 Tomorrow we leave for Oahu. 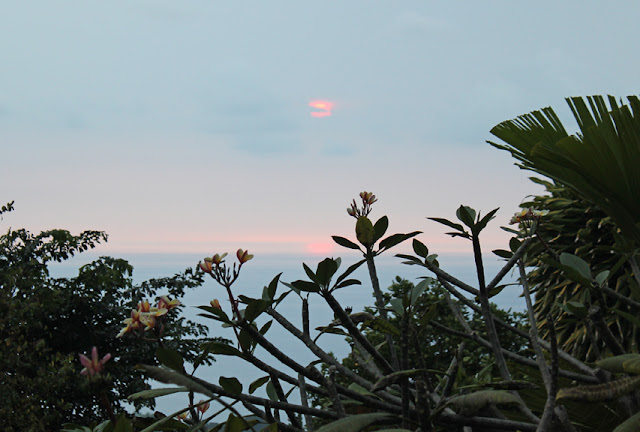 If any of those pictures were taken with a smart camera, the picture knows where you are even if you don't. Pictures default to geotagging which discloses location unless you disable the feature.

Enjoy the travels and be sure to get a lei or two.

For what it's worth: