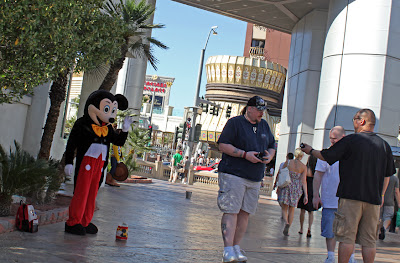 It cannot be denied that Las Vegas has character, and as most places with such, it has it because of the people who inhabit and visit it. And, it is built for that audience, from those employed or subsisting to those who have come there for excitement, romance and/or the possibility of lucky riches. This character is the only reason for it to exist.

As I did last year, I spent a portion of my last day out on the streets with my camera, accompanied by Vegas' premiere chronicler, Wolinski. She wanted to give me a tour of the Cosmopolitan and Aria. 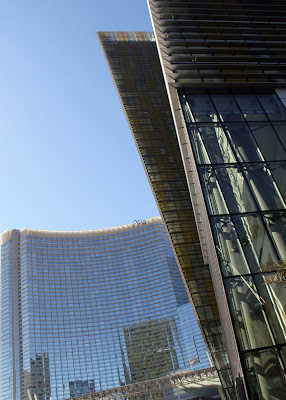 Anyone who knows Wolinski, or has read her blog, knows that she is not only a person of incisive wit but an excellent photographer. Two examples, one of each: 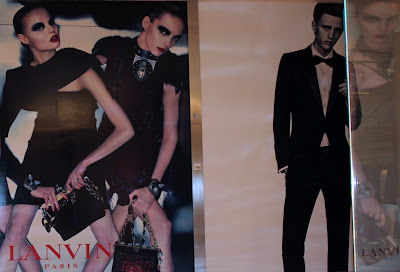 Inside Aria there is a high-end shopping mall. Name the top labels and they are there. Yet the stores are largely empty. Says W, "These are not stores; they are billboard advertisements." We discussed how long the opulence would last. She thought my guess of six years too optimistic. "I am here to document the demise." And with her next breath: "There's a good photo." 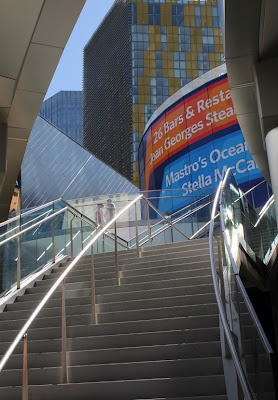 This is my second attempt at shooting the suggested scene. My first was short-sighted, focusing on the buildings in the background. This shot is after she took my camera and snapped off something very similar to the above, a marked improvement. "It's all about the gleam." The illusion to hide the underbelly.

The visit was short, and I may not have been the best of company... 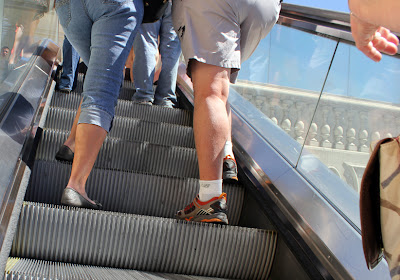 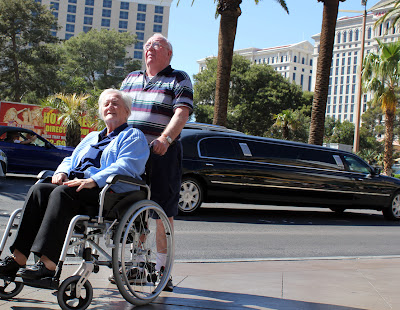 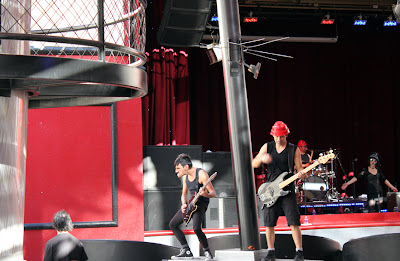 ... for I was already thinking about home. 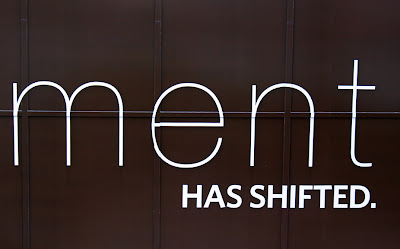 Posted by bastinptc at 5:33 PM

So she got you thinking about light?

And form. And color as mass.

Have a good trip home, Hoss. Look foreward to other pictures.

Nice shots. Hope you had a good time and have a good trip home.

Is that a Devo cover band?

The covers were Devo but I didn't stick around to here more than one verse of a song that most decidedly wasn't.