One thing leads to another

I had not recharged my phone since the ride down to Harrah's and the battery was pretty low the morning after arriving back in Chicago. I was staying with some friends, M already off to work and B still snoozing, or so I thought.

"Did you take some pictures?" he asked with a smirk. "I saw the flash."

"Yeah, I was looking for a socket to plug in my phone and just had to document the outlet situation." 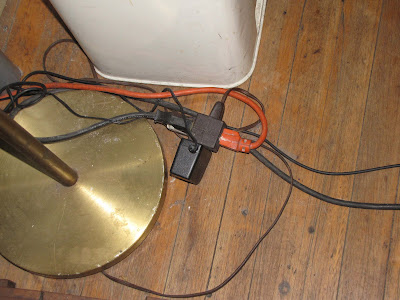 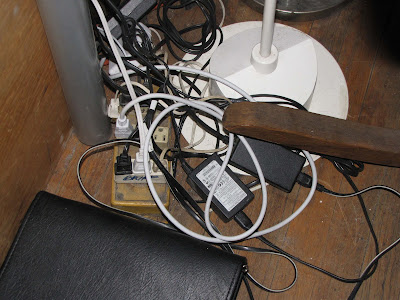 Still a little too busy for my taste. 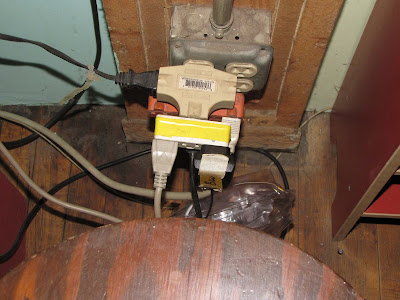 I told a half truth, for I did not stop with the electrical. 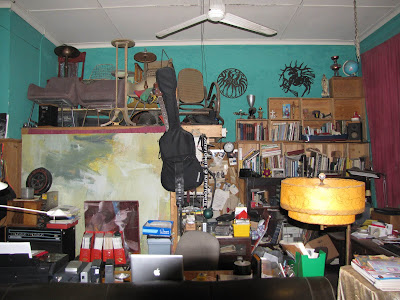 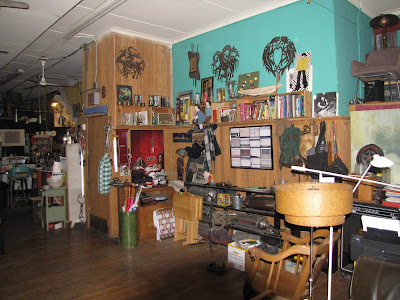 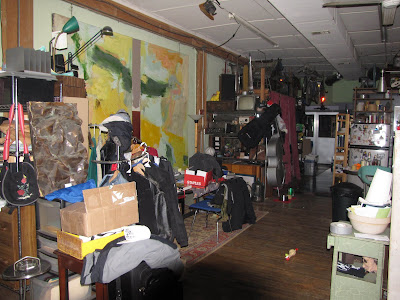 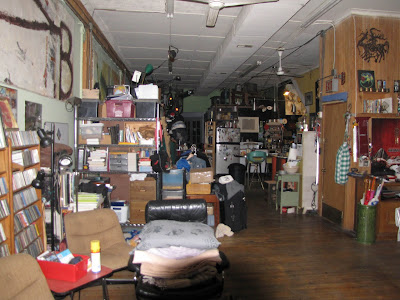 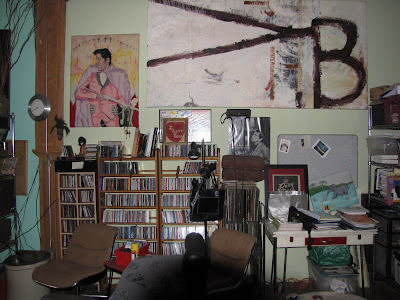 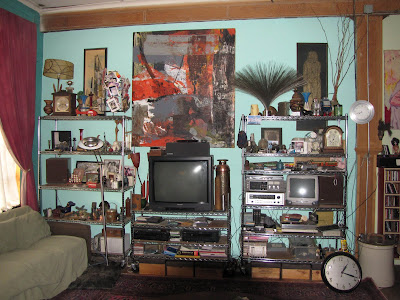 Now, in case you think my friends are completely off of their rockers (every outlet is on a 20 amp fuse), I should explain that B is in the film industry. He does location scouting and set design, among other things. Much of what you see is "just in case" stuff. He has a collection of liquor bottles full of colored water "just in case" the film needs a bar. He has five paper staplers, a number of clocks from various time periods... you get the idea. Combine his profession with a degree in industrial design, and well, he just has to have six vintage Electrolux canister vacuum cleaners.

M tolerates the clutter, pretty much all his doing, yet she has made certain that the theme to "Sanford & Son" is playing in the background on their answering machine.

I almost forgot... Amidst all the paraphernalia are two ancient bastin clay sculptures. 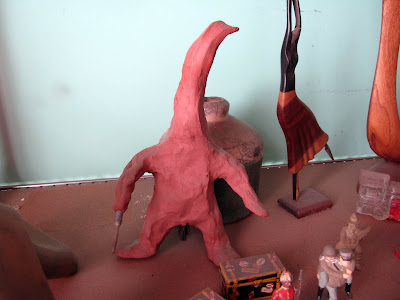 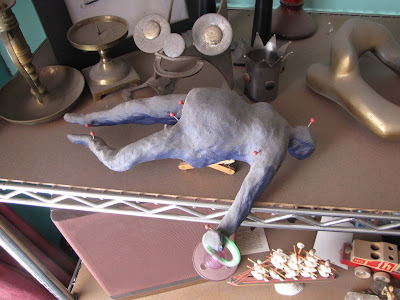 The location of a couple of those pins in the reclining nude, makes one hope whatever issues you were experiencing have been resolved.

looks like a setup for an electric fire, any moment...

It looked quite fastidious. No dust balls whatsoever. I like that guy. I use heavy-duty extension cords with box ends to spread out the fire danger and try to balance the loads between the heavy users of juice.

TM - If not resolved, sufficiently repressed. I don't remember the exact motivations.

No chance of an electrical fire unless something changes or gets moved. Such as someone plugging in a mobile phone charger...

Very funny. Being a set dresser is one thing, the outlet situation quite another. What about surge protectors, the kind you can plug 6 things into? Yikes.