You might have noticed in the previous series one small sculpture that was different than the others in that the clay was actually shaped into recognizable forms, specifically a fish in a boat. “Toy Boat” opened my eyes to something new and old at the same time. I had never made anything as figurative with clay, let alone any other materials associated with sculpture, even though I was quite the little illustrator in my youth. I also had found that I liked the tactile, even sensual nature of wet clay. Add a spoonful of life’s dilemmas, and you have a sort of therapeutic release in form.
I have edited down the number of pieces I am presenting here. Many, I did a crappy job of documenting, and I fear others might be misconstrued as a little too kinky. Indeed, after an exhibition of some of these pieces, a relative of mine who had attended the show with children in tow called to tell me how upset she had been after seeing the work and, of course, exposing her young ones to 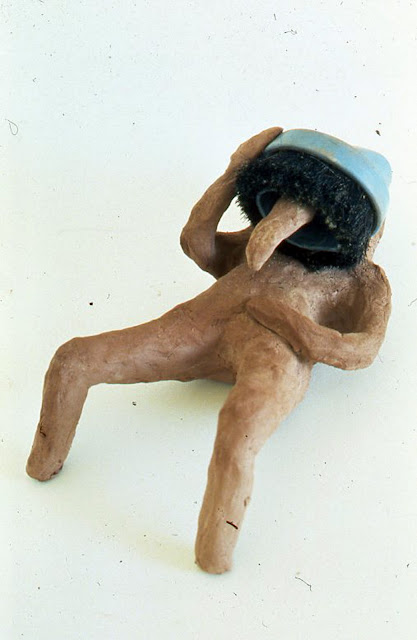 Dirty Little Business
Indeed, there is sexual content, for which I am unapologetic, and, as I pointed out to my kin, so it is with a good majority of art throughout history, religious or secular, allegorical or otherwise. I see these pieces in that tradition, even though I was also tapping into something fairly primal. 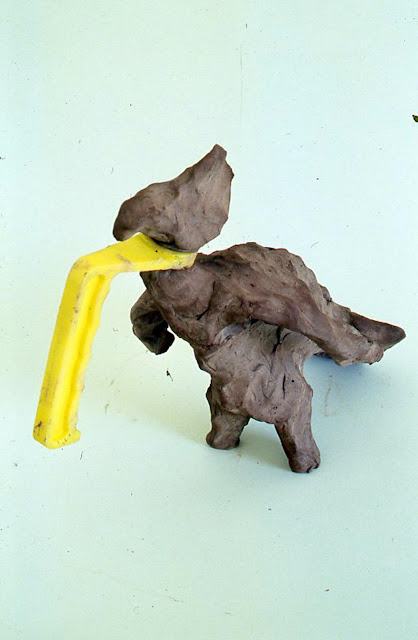 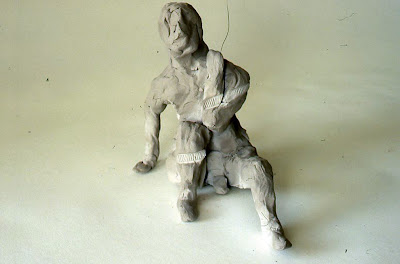 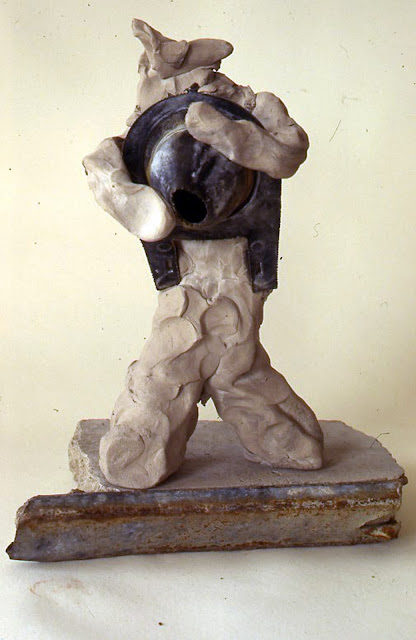 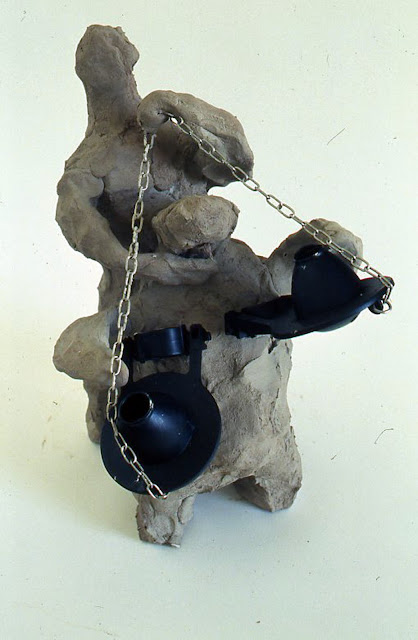 Just to Say You Have One 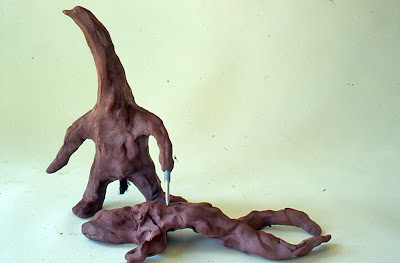 Are You Serious?
The inclusion of found materials also has a rich history in art, especially in the 20th Century, from Duchamp and the Dada movement on. And I had always been a collector of junk for my sculpture, from rusted metal to burned timbers to used clothing to toys. They were, after all, free for the taking, and readily available in the alleyways of Chicago. As you will see in the next installment, there were many pieces I made that needed no accoutrements, yet my “bag of tricks” was always nearby.
Posted by bastinptc at 11:00 PM

Your new series on this blog is interesting. A bit more of detail in the thinking behind a piece (sorry for the sexual pun, there) of why it might have gone that way would be nice.

I'm reminded of that old joke:

A man goes to a Psychologist and says, "Doc I got a real problem, I can't stop thinking about sex."

The Psychologist says, "Well let's see what we can find out", and pulls out his ink blots. "What is this a picture of?" he asks.

The man turns the picture upside down then turns it around and states, "That's a man and a woman on a bed making love."

The Psychologist says, "very interesting," and shows the next picture. "And what is this a picture of?"

The man looks and turns it in different directions and says, "That's a man and a woman on a bed making love."

The Psychologists tries again with the third ink blot, and asks the same question, "What is this a picture of?"

The patient again turns it in all directions and replies, "That's a man and a woman on a bed making love."

The Psychologist states, "Well, yes, you do seem to be obsessed with sex."

"Me!?" demands the patient. "You're the one who keeps showing me the dirty pictures!"

TM, I will try. I'd say that a lot was intuitive, but that would mean that I'm not being rigorous in my examination of motivations.

Ken, The case has been made. High school gf: "All you want to do is go in the closet and make out!" See:
http://patrickcollier.com/Archive/Pages/Spuds.html